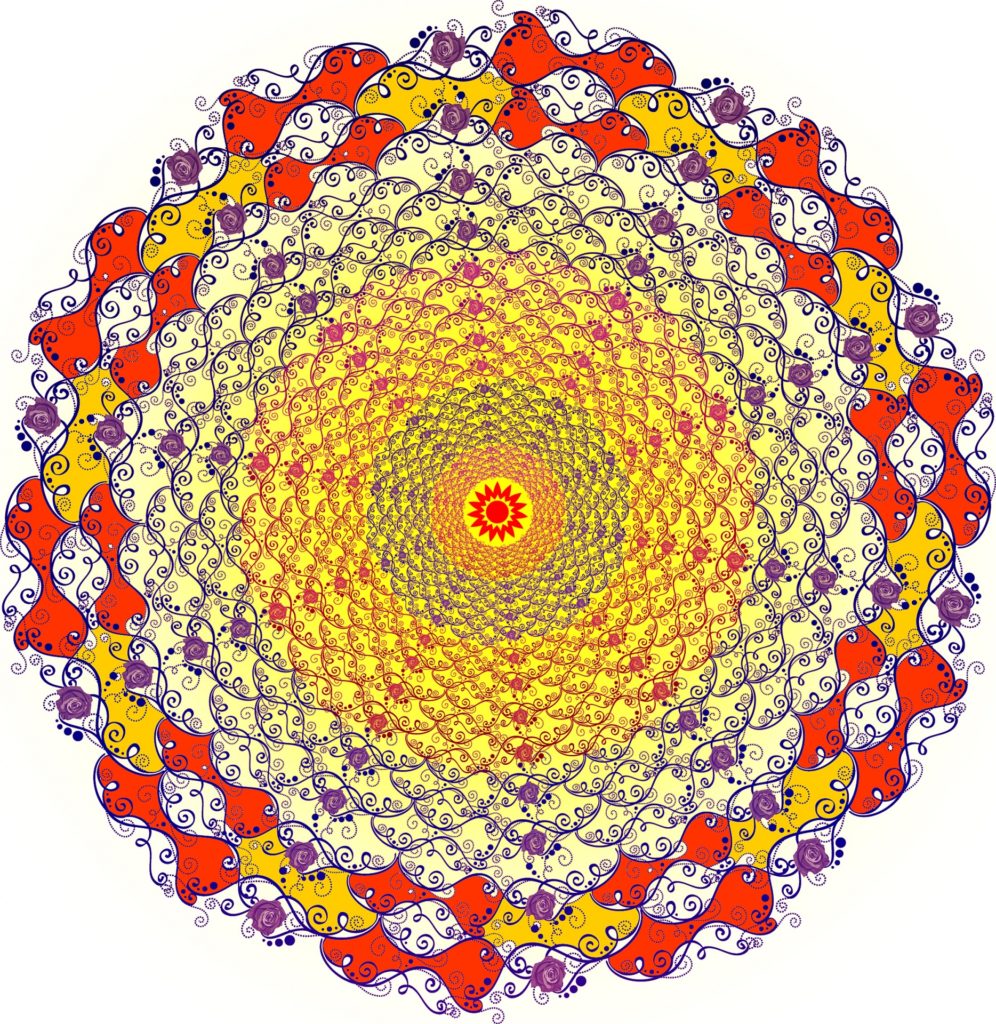 We occupy a position that is necessarily in the middle of things. I have chosen to refer to this notion as the concept of middleness. It is a fundamental consequence of our existing out of our peculiar locus in the spatiotemporal manifold. I will try to illustrate more precisely what I mean in what follows.

In looking out at the universe, we situate our vantage point as the origin point — as in the point (0,0) on a Cartesian plane — about which the rest is distributed. It would appear that there is just as much to my left as there is to my right, and therefore that I am in the middle of things. Much the same can be said of the other two axes of our three dimensional space. But equally, we are also anchored to the present moment that appears to us as a nexus behind which the vast expanse of the past is stretched, and ahead of which the future lies in wait for us. And we are inescapably tethered to the intermediacy of this vantage point, unable to exist to the left of our perspective, for example, or at a time other than now.

Similarly, we can attempt to imagine the scale of the universe, ranging from the microscopic to the cosmic, and again we find ourselves occupying a middling state of affairs. At the smallest scales, we come upon the Planck length below which physics does not permit us to venture. And analogously, the light cone that defines the horizon of the observable universe similarly prohibits us from peering into the outermost shell within which the universe as we know it is suspended. Is it not odd that we ought to be thus placed in the middle of the two extremes of scale, at a size that makes physics work and where we can see just as much above us as below us?

I suppose this may not seem all that odd when you are accustomed to taking your vantage point for granted. But, in attempting to attain to as objective a perspective as possible, one must conceive of the universe as it exists in its totality. When you look at the universe in this kind of a detached and non-local way, relative judgements like “to the left of” or “in advance of” are fundamental and natural indexing notions that define the inherent ordering of events in the spacetime manifold. Thus it is perfectly natural for me to describe myself as above the ground and below the sky, and orbiting around the sun, which itself orbits around the center of the Milky Way on its outskirts. I need not think of the sun and the galactic center as turning around me as I might naively do if I am under the influence of my subjective viewpoint.

However, all this does nothing to prevent me from feeling that no matter how much I move, I never cease to be right here, always fixated upon the middle of all things. Even as I walk, I continue to perceive half a world ahead of me and half behind me, with half a world to my left and the other half to my right – half a horizon above me and the other half below.

Even the center of my attentional gaze is distributed in a manner that beckons towards its middle-point. There is a cone of concentric and progressively neglected regions of my visual field that radiates outward from my fixation point. And here again, I cannot avoid looking anywhere else but right in the middle of my visual field.

There is also a psychological component to the concept of middleness. We rate all things we encounter in accordance with their proportional relationship to us. Thus, we all feel that we are of “normal” size, and experience “bigness” or “smallness” inasmuch as those comparisons relate to our particular size. To myself I am of a standard size and I will therefore perceive a person with a stature that is larger than me as “big”. Conversely, that person naturally perceives himself to be of a normal size, and on the contrary will perceive me to be “small”. In other words, we normalize all things to ourselves.

It must have been reflections of this nature that inspired J. R. R. Tolkien to call the world he conjured as “Middle Earth”, or Stephen King to call the setting of the The Dark Tower “Mid-World”.

In the same vein, I was also driven to the same sort of musing while watching the episode of Rick and Morty in which Rick invented a way to contain a universe wholly within a small box that he could hold in his arms, and which was capable of generating a large quantity of electricity from the collective operations of the beings that lived in it. I was struck by the concept that a universe, perhaps even ours, could be thus contained within a much larger one as a small object. A similar concept to this was also in the first Men in Black — in fact, may have even been the inspiration for that scene from Rick and Morty — wherein the central plot revolved around the retrieval of an object known as Orion’s Belt, a small marble that was later revealed to contain an entire galaxy inhabited by many sentient beings.

It is quite an amusing intellectual exercise to imagine things of this sort: entire civilizations contained in a grain of sand; or the converse, namely that our entire universe is just a grain of sand in a much larger universe. But is there any basis for musings like these in the physics that we have at our disposal? Or would new physics be required to sustain life forms at scales drastically bigger or smaller than ours?

In fact, this reminds me of the famous Anthropic Principle, which attempts to explain the seeming coincidence of the fundamental constants of physics and the age of the universe being exactly what they are in order to sustain life, and the extremely narrow range within which they must in fact be in order to sustain life. And the fact that our planet exists in the so-called “Goldilocks zone” — the narrow band of orbital radii that permits water to exist in its liquid form — is yet another example of how in the middle of things we are. If we were any closer or farther from the Sun, life as we know it would not exist.

I am not sure what to conclude from all these musings, other than to note them here and to state the fact that I find them amusing. I have often been enamoured of certain oxymoronic phrases like “extra medium” or “extremely mediocre”. Such phrases are funny precisely because they conflate the middleness concept with its opposite, namely extremeness. To take the phrase into the mathematical domain, one could call it a hyperbolic function as it asymptotes near zero, and is therefore extreme right at the middle. But this of course requires the use of two variables, where the value is centered in one but extreme in the other, and that is the way to resolve that paradox. If we restrict ourselves to just one number line, the paradox rears its head again and cackles into the night sky at us mere mortals that cannot transcend a 1-dimensional existence.

I suppose this is enough musing on middleness for the moment. Maybe I’ll come back in a month and revisit this train of thought to see what new insights I might extract from the marinating juice of this highly intermediate thought pattern. For now and forever, I’ll be right here, and so will you.