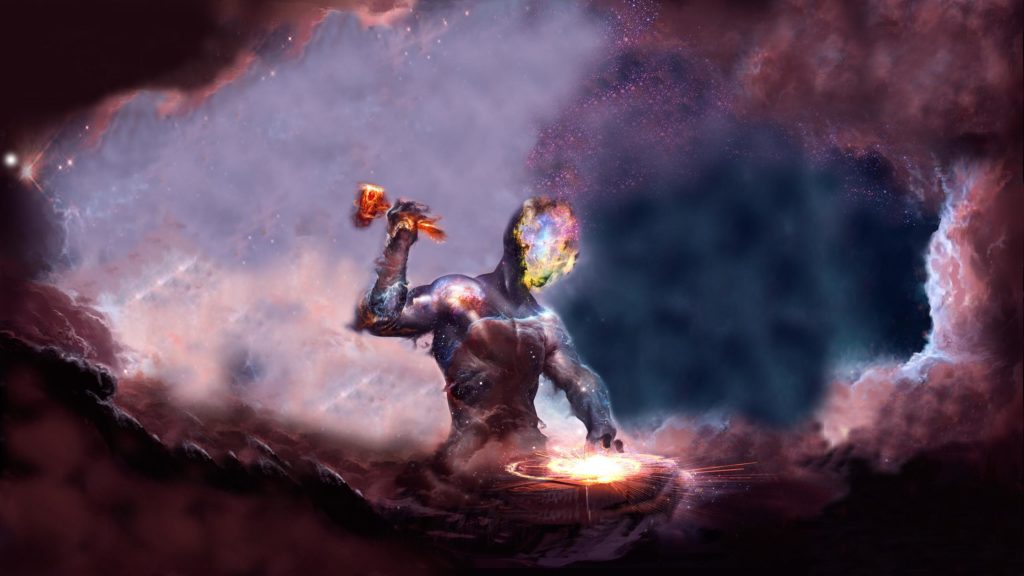 The following was a conversation between my friend and colleague Brian Odegaard and myself that was spurred by the recent interview of Don Hoffman, professor of cognitive science at University of California, Irvine. By way of introduction, I’ll summarize the main overarching points of the interview before delving into the brief debate that ensued. The crux of Don’s argument is the notion that the process by which evolution brings about the amazingly powerful perceptual apparatuses that nervous systems possess doesn’t care much about how veridical, or accurate, they are. At first glance, this argument sounds completely moronic, until you delve deeper into what he means. He reasons as follows: evolution optimizes an organism’s ability to survive and procreate, and therefore amplifies traits that increase the chances of survival and eliminates those that don’t. If the perceptual system was required to be accurate, this would constitute a very strong constraint upon it, and would limit the variety in the ways in which it could represent the world. On the contrary, if this constraint were to be relieved, then the system is suddenly empowered to represent objects and events in any way whatsoever. Don’s argument rests on the realization that perceptual systems thus liberated from the veridicality constraint are therefore free to paint the world, so to speak, in survival-valued hues, and would therefore be better adapted to living in the world. This leads to assertion that the world-in-itself need not even resemble the world-as-it-appears, since we are viewing it through the evolution-honed lens that maximizes our fitness. The argument is almost paradoxical, but not quite so. And it was exactly this sense of paradox that motivated the exchange I have reproduced below.

BRIAN: So, nothing exists, OTHER than consciousness? Here’s my bird’s eye view, having no background in physics: in science, it seems like the field is currently struggling with how to reconcile the relationship between the observed and the observer. But is the way to do this to simply throw out everything besides the quantum viewpoint? I would say no. Part of me wants to put Don Hoffman through my nerf ball example: if you’re going to keep saying that objective reality doesn’t exist, I get to keep repeatedly hitting you with a nerf ball, and saying things like, “But how do you KNOW the nerf ball is there? What if there’s no nerf ball?” And then I keep hitting you with the nerf ball until you acquiesce. But back to what I think is the main flaw in his computer simulations: I really don’t think the fitness functions actually deviate drastically with reality: I’m with the old crowd, in that regard. Evolution will optimize perceptions that tell you what is really there, because the more valid information about predators & prey, the better. I get his logic, but I’m not willing to go off the deep end just yet with him.

MAJED: The nerf ball example misses the point. Being hit by a nerf ball is an experience. So you can’t use this as an example to show the independent reality of the external world. He wouldn’t disagree with the claim that experiences are real, just about whether or not they signify an external independent object that conforms to the experiential object we observe. It’s a hugely different sort of argument than the one you are responding to. In other words, he’s never going to claim that the nerf ball doesn’t exist (that would be absurd, as your thought experiment adequately demonstrates), just that what it really is isn’t anything like what it appears to us as.

BRIAN: So how are we ever going to quantify/describe the “ultimate reality” of the nerf ball, other than by experience. The entire basis of science is based on observation. If you get rid of the role of the observer, what are we left with? Two more points about this, related to movie/TV scenes based on this theme: (1) I don’t buy that “there is no spoon,” and if that bald kid in The Matrix told me that, I would have grabbed the spoon out of the air, slapped him across the face with it, and then sat down to eat a bowl of cereal with said spoon. (2) There’s a scene in Battlestar Galactica where Gallas and the hot blonde Cylon are debating whether things exist or whether it’s all just “signals in your brain.” It’s a really weird scene, because if I remember correctly, he’s being tortured in the moment and is in intense pain, and she keeps hitting on him and is trying to get him aroused and convince him that if he changes the signals in the brain, experience changes. That I don’t doubt: our conscious experience of objects in the world is dependent on how we encode them. But there’s something about Don’s argument that starts feeling solipsism-ish to me. I think that if your consciousness disappears, the world still exists, and objects are still objects with tangible, measurable qualities in an objective world. I’m not sure he would agree.

MAJED: You can’t claim that they would be tangible without necessitating the requisite being that touches them. Or that there are measurable qualities without the measurement being conducted. I don’t know of any conceivable way in which to ascertain such a claim. The converse claim, which Don is making, namely that they are not tangible, audible, visible, or measurable objects in the “real world” (i.e. without the beings that can make such observations), is not really a solipsistic argument, just a transcendental one. It merely says that the true nature of objects transcends the idiosyncratic and narrow way in which we perceive them. It is not necessarily even an idealistic position; you could in fact call it transcendental realism, because he still believes in a real world, but simply challenges what is the primitive ontology of that reality. Positing the existence of many beings is coherent within this framework, but claiming that their reality is in the flesh-and-bones way in which they appear to our consciousness is not. To summarize: there is a spoon, it’s just not what you think of when you think of (or picture) a spoon.

BRIAN: So, his interpretation of evolution has pointed him towards a principle he can never empirically verify? I feel like this is a fun mental exercise, but that the reality of disease and pain would help bring this theory back to earth. Hence my urge to strike people with spoons. For example: Let’s say my left leg is being eaten by a tiger. It does me no good to go into some philosophical debate that “there is a tiger, it’s just not what I think of when I think of/picture the tiger” as it’s eating my leg. My belief is that evolution has optimized a veridical perception of a real reality, regardless of whatever the underlying “quantum” reality is. I’m being eaten in that moment, and it sucks, and I need to shoot/stab the tiger and get the hell away to survive. The “fitness function” or whatever that optimized my perception didn’t drastically differ from reality; it tuned itself to it. Don’t get me wrong, his argument is fascinating and I love his points. If he really is getting closer to resolving the debate between Newtonian physics and quantum mechanics, by all means, press on, Don. But it’s also hard for me to swallow the story when I try to apply critical thinking/skepticism to the problem he posits.

MAJED: Let me rephrase your example in a way that Don might approve of: the incredible saliency of the experience of being eaten by a tiger is precisely due to the evolutionary tuning of this fitness function. In other words, you experience the event so intensely exactly because it has survival value to you. On the other hand, we don’t perceive the many trillions upon trillions of neutrinos that pass through us every millisecond because they have no effect on our survival. Basically, the example you just gave is actually a perfect example to demonstrate Don’s argument. We don’t need to worry about what the tiger really is, and therefore we represent it in a manner that provokes us to run away and respond in life-preservation actions. Our representation of the tiger does not need to be veridical for it to be adaptive. If there are events that have no relevance to our survival, we can remain happily oblivious (ignorance is bliss, if only in those cases) and carry on with our simulation. Another way to see this is to recognize how much vaster in scope reality is than the infinitesimally narrow sliver of it that we are receptive to. The tiger has so many other attributes in superposition with each other, but we restrict our representation of it to only those aspects which are relevant. So, we aren’t claiming that when the tiger appears near me, he’s actually in reality a million miles away (that’s an absurdity). What we are saying is that when the tiger appears near me, he does so in the reality that is projected onto our spatio-temporal perceptual field, but that there may be many many other fields possible depending on all the many infinite attributes that the tiger-in-itself may also possess.

3 thoughts on “The Evolution of Perception”