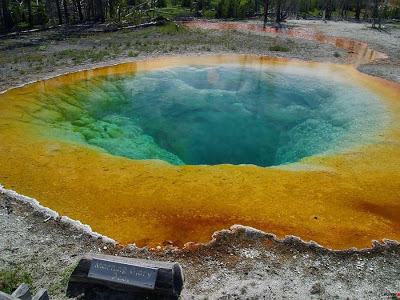 well technically this recent lesson did not occur in one day, but over several days, and has been settling into my life over that period. this was the lesson of the inherent unsatisfactoriness to life and all of its aspects.

it was quite a powerful realization and it took place during a period of time when i had absolutely nothing to do. i was profoundly bored and i found myself constantly shifting from one position to the next, from one location to another, from one pointless activity to an even more pointless one. and as i shifted i found that what i was seeking was nowhere. every time i moved, i carried the hope within me that the new place will give me what i want: satisfaction. as this slowly began to dawn on me, there was a strange calm descending upon my mind. all of the sudden, the full picture became clear to me and the underlying delusion visible at last. i realized that i had a deep and hidden view that satisfaction could be obtained from life and that one must keep looking and keep grasping and keep clinging until one finds it and is relieved. but i saw that this was wrong. there is no thing, object, or entity in the universe that can give satisfaction and relief. everything i obtain leaves me utterly dissatisfied and searching again. every new position i sat in was uncomfortable and could not satisfy me. so in essence, my mind had a deep-seated habit of seeking better and better acquisitions until the gaping hole within could be filled. now i saw that this hole is actually a bottomless hole, and that no matter how much i fill it, it will never be full, unlike the pool in the picture.

this lesson grew over time as it settled into deeper and deeper parts of my being. eventually, i grew to see the intimate connection between desire and suffering. suffering is another word for dukkha, a notoriously difficult word to translate accurately. i started to see that the essence of all desires is this same central delusion: the assumption that there exists out there something that can bring satisfaction, relief, happiness, bliss, etc. so desire is the mind’s attempt to reach happiness; it is just an upthrust out into more manifested levels from the depths of the unmanifested levels. however, it seems that when that critical delusion is corrected in the deepest levels, these upthrusts of desire disappear. there is no longer anything to be desired, for there is nothing out there that could possibly satisfy us. and here i came to see how desire and suffering are actually two faces of the same coin, or two tentacles of the same octopus as there are other manifestations as well.

and thus, when the Buddha states in his First Noble Truth that life is suffering, i have a deeper penetration now into the Truth behind this statement. life is suffering because there is always dissatisfaction and desire running the same tired track over and over again cyclically until death disperses the aggregates and new life springs up to run on the same track again cyclically. and the grip of desire is so strong. it seems to be the strongest mental factor of common humans today and perhaps the only motivational force humanity knows. and while blind to the suffering it results in, most people nurture and associate strongly with their desires, perpetuating this endless cycle, this wheel of samsara, this aimless wandering through a life unfulfilled.

right at this moment, the sharp knowing provoked by the realization is dulled down. however it has added a new dimension to my spiritual practice and has added a new antidote to the poisons of desire. everytime i find myself searching or grasping for something, i remind myself that satisfaction is a delusion.

“Peace comes from within. Do not seek it without.”
“Have compassion for all beings, rich and poor alike; each has their suffering. Some suffer too much, others too little.”
– Buddha