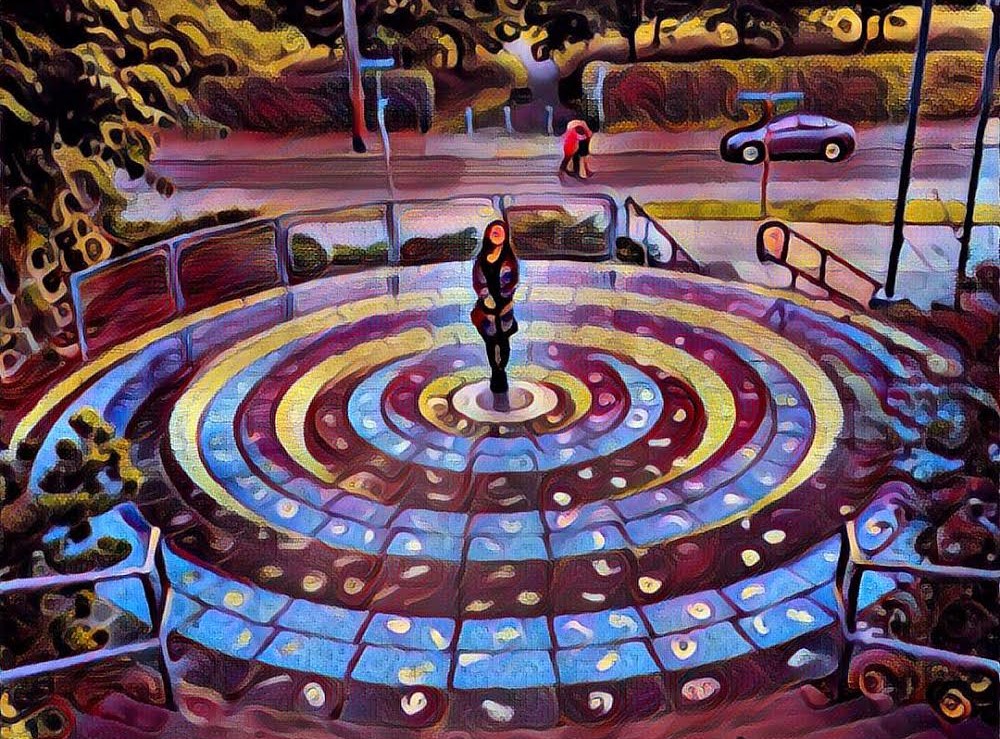 What would an economic system designed with morality at its foundation look like? It would undoubtedly be starkly different from the capitalist bonanza we find ourselves mired in today. But the question remains: How will it differ? The purpose of this discussion is to speculate on the ways in which a society might make the greater good a medium for the exchange of value between the individuals that comprise the society. In the current economic system we live in, there is no reward for socially conscientious behavior and only a cost, unless the true reward that all enterprises seek were somehow to be accidentally associated with the behavior. Examples might include charitable foundations that also can be used as tax write-offs, or renewable energy technology which turns a profit while reducing carbon emissions. But in these and the many other examples that one may consider, it is important to keep in mind that the social benefit is always secondary to what is always the main purpose of any enterprise: the production of profit.

It is helpful to recall Karl Marx’s analysis of the capitalistic concept of profit margins. He considered profit to be a manicured form of thievery – that in the compensation of their employees for the labor that produces the goods and services that they sell for far more these capitalists perform a very thinly veiled exploitation. The arrangements that abound between employers and employees today grant far too little leverage to the workers and enable the business owners to exert a degree of control over the workers’ lives reminiscent of that which slaveowners wielded over their slaves. The matter is compounded further the greater the magnitude of the capital which the capitalist presides over. And indeed, the system is designed such that it tends to produce these gluttonous expansions of wealth as the vicious cycle of consolidation of resources gives these owners more power to demand higher prices and pay lower wages, which in turn expands their power further as it impoverishes entire swaths of the community. The unfortunate eventuality, however, which none of these enthusiastic players foresees is the complete breakdown of the market that enables them to sell the output of their progressively streamlined and expanded production capacity – if the rest of society is impoverished there are no consumers. Therefore, it would seem that the capitalists need the economic health and stability of the workers just as much as the workers do themselves. The lesson in all of this is that optimizing for profit is not a global solution, and that while it may have worked in the small world systems that predated our modern-day globalized society, today it threatens to derail the entire project just as it reaches its apex, at the moment when it has seemingly established an unprecedented sprawling civilization of the vastest opulence.

What do I mean when I claim that optimizing for profit is not a global solution? I am drawing parallels from several seemingly unrelated domains of knowledge. First, I am reminded of the second law of thermodynamics, which states that the overall entropy of the universe must increase. This is true even if the entropy of the local system is decreased, in which case a correspondingly greater amount of it is dumped back into the universe. This shows us the difference between optimizing from the perspective of a small closed system, and optimizing from the perspective of the larger system that encompasses the totality of everything. It also tells us that there is no such thing as a truly closed system, no matter how hard we try to isolate, since entropy always leaks out such that the total is increased. A way to make this example more concrete is to think about the way that air conditioners work: they make your small enclosure cooler, but only do so by moving its heat to the outside world and in the process end up actually generating more heat than that which was removed from the room. Though the small world effect of this device appears to be to generate coldness, when looked at from a more global perspective reveals itself to actually be producing heat.

The example just discussed can be a helpful analogy for understanding the problems of optimizing for profit. To optimize for one individual’s profit is a very similar situation to the process of optimizing for one room’s coldness. In both cases, the optimizer is fully willing to cause the opposite of the desired state to happen to the rest of the universe in order for the desired state be brought about locally. If it is coldness that I want, let the whole world burn for all I care as I long as I obtain the temperature that I desire – we might caricature their though processes. If it is profit I am after, let the rest of humanity be made poor and the environment destroyed on account of achieving the desired margin of profit – similarly. In other words, the relativity of individuality tricks us by making self-centered thoughts have precedence over thoughts of the broader system. This is very clearly a fallacy that immediately reveals itself the moment the individual pauses to reflect on one’s dependence on the whole, and even on the wellbeing of one’s fellow compatriots. But it nevertheless exerts a powerful influence on us. I refuse to acquiesce to trivializing arguments that rationalize this aspect of human nature as the necessary and ineradicable part of us that manifests itself as the economic system that we have. It is just as human to think objectively as it is to think subjectively, and in the balancing act between the two that we may find some lasting harmony for the striving masses.

Traditionally, it is the government’s role to look after the greater good of the society and to enforce laws that are enacted so as to protect individuals from the liabilities they incur by coexisting with the profiteering capitalist entities. There are many mechanisms that governments use to administer this enforcement, as particularly exemplified by the levy of a system of taxes. These are very often used as instruments to discourage the capitalist from recklessly acting in ways that cause harm upon society, in that they add a cost that must be accounted for and balanced with the profit to be attained. For example, the tariff, perhaps one of the oldest forms of taxation, is levied to discourage capitalists from importing goods from other countries at prices that might undercut domestic producers and thereby harm their economic health. I find this to be a highly interesting method for the reigning in of the greed and small-worldliness of the capitalist. The problem we face today, however, relates to the fact that the unrestricted consolidation of integration of enterprises has produced economic entities of unprecedented magnitude and consequently are able to wield unparalleled political power in today’s world. No government can dictate and enforce laws anymore upon the new rulers of our new world, these so-called multinational corporations. Their name ought to provide the sense in which this must be true – they are multinational because they transcend the sovereign nation-states of the pre-globalized economy. In today’s world, it is in fact the case, that most of the major corporations do not pay any amount of tax whatsoever to the governments that administer the territories in which these enterprises do their business. And with the trade deals that they have been crafting and forcing our politicians to ratify, they have essentially rewritten the rules of the global economy, in their favor, and outside the purview of the needs of the society as a whole. This is a very dangerous situation that we find ourselves in.

To return to the analogy with the air conditioner, it would be small-worldly to only desire the cold temperature for oneself without consideration of what effect this has on the larger system. Instead, the value of the cold that the AC makes must be considered in light of the heat it dumps to the exterior, which can thus be factored in with the total consideration of cost vs. benefit. If we take a big-world perspective and pay mind to the heat that is being dumped out into the world, we may be forced to think creatively about ways in which that heat may be recycled or stored for later use when heating is required or otherwise reprocessed to maximize the total efficiency of the larger containing system. Similarly, economic activity must be weighed against the cost to society and indeed the universe in the calculation that yields the investors profit. Perhaps what is required is an agency that oversees economic activity and levies a social tax in proportion to the burden that is borne by the larger society in which the activity is performed. This is not the ideal solution as agencies are composed of people, and are therefore always susceptible to corruption and special interest lobbying. But let us entertain the idea for the moment. One can easily envisage an international authority that administers taxes on a scale that becomes relevant only for transnational entities. Indeed, the consolidation projects such as the US and the EU provide a template for this sort of arrangement, where the jurisdictions are layered in nested shells that progressively encompass larger scales. Our political life in America subdivides itself into three levels: local, state, and federal. This is a system that was designed before the dawning of the globalized economy and may therefore have become obsolete in the time since the sweeping trade deals arrived on the scene and expanded the scope of unfettered trade. Or at the very least, it requires a corresponding broadening of its scope to keep pace with the expansion of corporate power. We may be inclined to add a new layer atop the federal level and call it the transnational administration. The pieces of such a system are already in place but merely need to be empowered and connected to one another: we have an international tribunal, a united nations general assembly and a security council. These three are formed along broadly similar lines to the classical power sharing formula for governance that subdivides an authority into executive, legislative, and judicial branches. But clearly, national politics are still clearly dominant and the UN system needs far greater reform and democratization before it will begin to rise to the task of governing on the global scale.

Granting that all political forms of power are vulnerable to the corrupting influence of money in politics, it would be better if a mechanism for the moral dimension could be built-in to the system, baked into its source code, stored in its DNA, mandated by its constitution. The key is to make it costly to an investor to engage in socially harmful activity. But clearly, reliance on human arbitrators to judge and administer these costs, whether they are enforced in the form of taxes or otherwise, is a suboptimal strategy. Alternatively, we might consider using some kind of a blockchain powered digital currency that is operated by a decentralized and public open source protocol. Assuming that the cryptographic aspects can be made secure enough to guarantee tamper-proof operation, the currency can be coded such that it automatically computes its value based on the societal good minus the societal harm that it produces. I have no magic solutions as to how this can be achieved nor whether or not this is even feasible in principle. But at the moment, the purpose is to speculate on future solutions that may come into play as and when the need for such mechanisms becomes urgent.