Not many people understand what value is. I want to try and dissect the question here as much as I can, and hopefully arrive at a lucid description of what I think is meant by the word ‘value’.

In honor of divergent thinking, I want to first travel tangentially to the main topic in order to gain some perspective. It is curious how novel ideas sometimes spring out of the most innocuous seeming situations. One such event took place yesterday as I was discussing with a close friend the potentialities of computer consciousness. We arrived at the conclusion that the sense of agency is paramount in being able to be ascribed the sacrosanct property of consciousness. That this is so became evident as we proceeded to question each other on what manifestations of behaviour would lead us to believe in the sentience of the computer. “Is a crab conscious?” he asked me, to which I replied, “probably, though in a very primitive way”. The crab runs away when threatened, and seeks food and water for nourishment, such that its perception of its environment is not for naught, but rather serves a purpose, namely the instinct to survive and procreate. 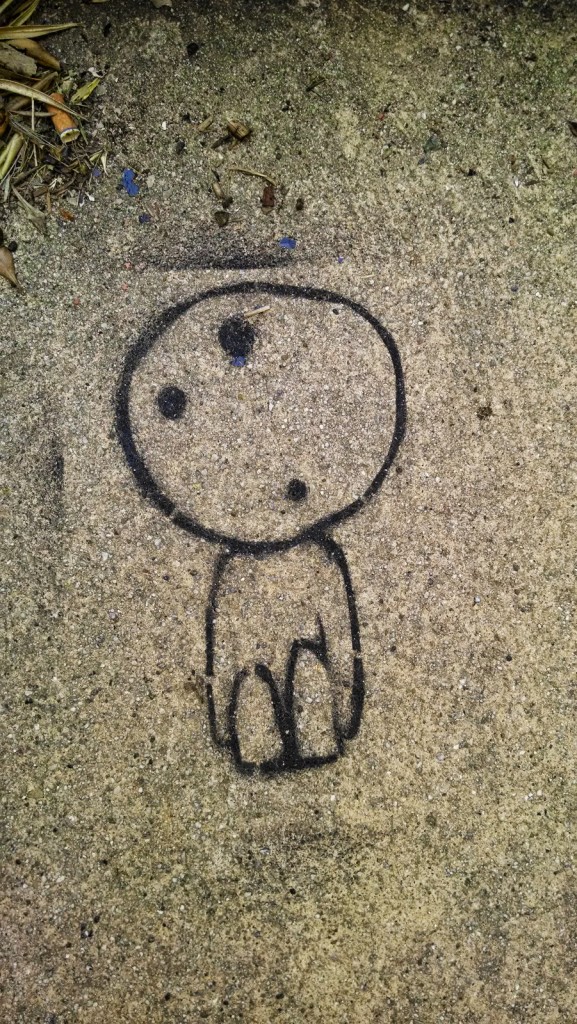 Indeed, if we consider the stubborn question of phenomenal consciousness, or qualia, we find philosophers debating its seemingly epiphenomenal nature. Some would like to isolate out a sense of awareness that is not functionally relevant at all, and merely reflects the qualitative feel of a percept – what it is like to see red, for example. But can this quality really be separated from the various functions it has been produced to subserve? For example, the principal such function is that of reportability, the grand duty of the highest office of the perceptual chain, the hippocampus, which extracts the semantics from the situation at hand and stores them for later retrieval. But upon reflection, what is consciousness of the present moment but the remembered fraction of a moment ago? How do we know that we are now seeing red? Well, apart from the ability to name the color, there is also the fact of its distinctiveness from its background or any other colors in the scene. The brain is a contrast seeking and enhancing machine, and the bulk (if not all) of its computations revolve around determining what is the same and what is different. But these determinations are part of the larger perception-action circuit, and inform subsequent decisions and motor acts. So, if I am told to press the red button (or take the red pill) I can easily reach my hand out to the correct spot in the visual field by virtue of these distinctness detectors. So, what is left, then, when we abstract away from all of these possible functions of the nervous system and leave only the raw experience to ponder over? This is a lot like the famous question Wittgenstein asked in the previous century (though peering at the question’s other face, as will is equally elusive a concept): “What is left over if I subtract the fact that my arm goes up from the fact that I raise my arm?” I do not presume to have an answer to so subtle a consideration as this, but will merely say that I am currently inclined to say “mu“, in response.

Okay, so we’ve rambled on quite a bit, but let’s try and return to our original question: what is value? I’ll tie it in to what has just been said by remarking that the computer, if it is to attain to consciousness, must assemble a stage upon which to play out the events it witnesses. In other words, it must apprehend the events as happening to itself, and so must develop a representation of itself as an experiencing being in the midst of a chaotic world. The question we are here led to – and a very prickly question it is indeed – is whether or not such a representation is sufficient for the arising of the survival instinct. Does merely knowing that I exist entail that I must protect and prolong this existence as much as I can? Maybe not. It is, at least, conceivable (I think) that a being can become aware of itself as an independent entity, yet care not at all for its well being, completely detached and passive as it observes the tumult descending upon it. But here we have a clue to the crux of the issue. Passivity! It is the sense of agency that remains lacking despite having a concept of self, and which must come from an orthogonal direction, perhaps to be supplied by a genetic imperative.

So, then, does what I am saying lead us to believe that all knowing is for doing, as Schopenhauer would very sternly remind us? That the real thing which exists is our urge to survive, our selfishness attributable to our genes and all else serving their compulsive copying? Are we going to be forced one day to program a survival instinct into our computers should we desire them to be sentient? The presence of this instinct automatically turns the monochromatic world into a multifariously embroidered sheet, brimming with affect and impulse, desire and hatred. It renders the percept significant insofar as it entails success or failure of the one underlying directive of the thus selfed computer. Such a being can now calculate probabilities of different outcomes based on the evidence it gathers, and use these to produce vivid simulacra of the future in order to pick the one that is most profitable. Profit, here, is precisely tied up with the notion of value that we have been searching for all along. It is the genes’ collective decision regarding the overall likelihood that they will be copied.

But it is clearly more than that with us humans. Why do we value money? Because it represents access to other resources, whether material or otherwise. These other materials in turn are deemed to be valuable to us because they enhance our survivability. Buying better quality food, attracting people with better genetic makeups, getting access to medicines and a myriad other safety promoting artifacts – are all results of the financially fruitful life. So the moral of the story at this point is: get money, as much of it and as quickly as possible, and using any means necessary to do so. So we find drug dealers and arms smugglers, stock market meddle men and corrupt pharmacists. The infomercial promising miracle cures to any and all ailments with a single pill, or the website promising quick returns with five-fold growth by trading on insider knowledge, or the gang member who persuades kids to strap devices to murder themselves or others, are all manifestations of this insidious social competition we are in the midst of. Even the guru, widely respected and revered, who urges you to renounce material gain, is meanwhile amassing a fortune in so-called donations or other fees from the devout followers. The scandals are endless and all of it really does sicken one to contemplate deeply upon. But why should it? If this is the genetic imperative, why do feel repulsed? We should rather congratulate these scoundrels, for they of all people have succeeded most flagrantly!

Here we have arrived at last at the kernel of the issue that has been prickling me for some time now. I feel sickened to observe the effect wealth has. But I am trying to understand the source of this feeling. On the one hand, I understand the urge of the individual who seeks after wealth and accumulates it; this is just the urging of the self-preserving neural routines. On the other hand, I cannot accept the viciously amplifying conceited and egoistic behaviour that naturally flows out of the fast ballooning head, filling as it is with grandiosity as it starts to see and wield the power that wealth brings. I have been and continue to be of the opinion that money is more of a curse than a blessing, if only for the fact that the associations you make with the people around you become empty and parasitic. I seek genuine human connection, but the man of the world seeks connections that are profitable. And if such a man is also inclined to the deeper contemplations of the heart, he will find himself unable to tell the two apart, and become paranoid and insecure.

What do I even mean by the two types of connection, and is it even possible to tell them apart? There are two type of love, selfish love, and selfless love. Some people are simply oblivious to the latter type and dwell entirely in the selfish variety. It may be true for them to say that they love so-and-so, but upon deeper inspection they will find that this love is conditional upon some perceived or expected gain, and is therefore only really love for self. So, if I was earlier speaking of this as a plain fact of nature, that a self will naturally seek to protect itself and strive for its own profit, what is it that I am now protesting about regarding this apparently most natural state of affairs? It is because natural though it is, it is also beastly. And we humans are bridges, as Nietzsche said, between the beasts within us towards the gods before us. It is possible to feel unconditional love, but not without cultivation and careful watering of the correct seeds and discriminating denial of nourishment to the wrong ones.

We are so much more than restlessly copied copies. At this stage in our cosmic story, we have reached a critical juncture, standing as we do upon a rock embellished by our artifacts, stockpiled with armaments for our assured mutual destruction, sweltering under the burning gaze of the sun shining through the stripped covering. These times are a crux because we are witnessing quickening darkening as well as quickening lightening. Just as the selfish gene driving its vehicular cell overcame its inherent conceit in order to work together with other cells and thus became an organism, so then must these selfish organisms overcome their grandiose social competitiveness and come together into a collective consciousness that can profit together, without taking advantage of each other, in an egalitarian fashion, without arranging valuations of individuals hierarchically. One liver cell is no less significant than one brain cell, and so too must no individual come to feel oneself as above the rest, or more important than the whole. This is the only way to progress steadily on our march towards the cosmic conclusion.

Phew! I have relieved myself of the burden of carrying the bug of unelaborated repulsion within me. I am not a parasite seeking the massive animals upon whose blood to engorge myself, nor do I wish to be just such an animal for the parasites to be attracted to. I am rather either a moth or a source of illumination, seeking or providing that which is of true value, the fruits of the labor of the soul. Universal love is the only balm we have to soothe the many wounds this painful existence pummels us with. And while I do inhabit the very same material world that my inner beast comes from, and though I do require material sustenance and so must earn a livelihood, my eye is on the distant future, a time when the species will awaken as a whole and when the tiny self will have passed and made way for the emergence of our giant self. 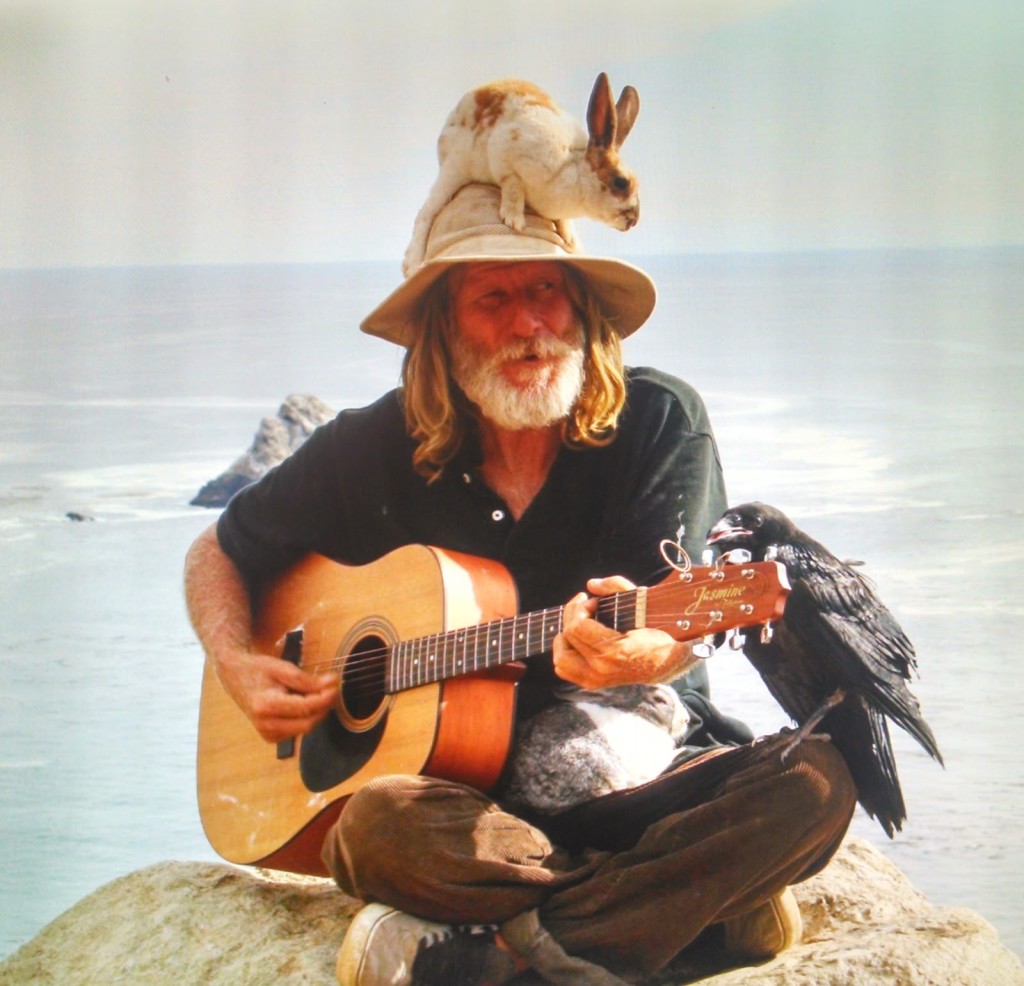